Company name changed to T.Pallasoja Ky in 1983. Company moved into new bigger premises at 1985. At 1995 company started as limited company.

Pallasoja has been Safetrack importer since 2006. Company premises have doubled at 2014. Many products (like special tools) have been developed together with customers, to satisfy their needs. 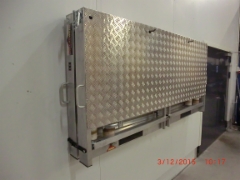